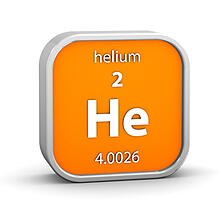 In June 2016, researchers from the United Kingdom and Norway announced a discovery of a significant cache of helium in East Africa in the region of Tanzania. At the time, the researches believed the finding could “ease a critical global shortage of helium, a gas that is vital to many high-tech applications, such as the magnetic resonance imaging (MRI) scanners used in many hospitals.”[i]

The discovery was a result of using a new approach to searching for helium, which combined “prospecting methods from the oil industry with scientific research that reveals the role of volcanic heat in the production of pockets of helium gas.”

Experts estimated that the helium reserves in Tanzania could contain more reserves than the U.S. Federal Helium Reserve in Texas, enough helium to “fill over 1.2 million medical MRI scanners.”

A report in October 2017 announced that the reserves could actually be twice as much as originally thought. Assessors estimate “independent resource assessors estimated that the underground gas field contains 54 billion cubic feet (1.5 billion cubic meters) of helium, or about one-third of the world's known reserves of the gas… But new measurements from the Tanzanian gas seeps now show helium concentrations of up to four times the earlier average value.”[ii]

The estimates are now 98.6 billion cubic feet (2.8 billion cubic meters) of helium resources. The most recent estimates were calculated based on measurements from a portable mass spectrometer. Previous measurements were taken by collecting samples for later analysis in the lab.

Helium resources on earth are finite. The gas is created by radioactive decay of heavy elements of Uranium, and it escapes easily into the atmosphere.  It took millions of years for the pockets of helium to accumulate in Texas and Tanzania,

Scientists expect a helium processing plant to be completed in Tanzania by the end of 2020.

Teledyne Tekmar did a webinar on "How to Reduce Costs Without Reducing Data Quality".  It discussed the pros and cons of nitrogen as a purge gas for purge and trap analysis of common EPA methods as an alternative to Helium.