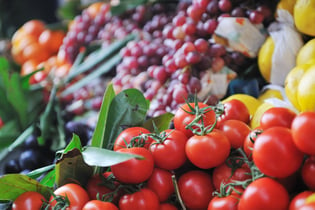 While organizations such as the U.S. Food and Drug Administration and the European Union are working from the government level to establish standards that reduce the levels of pesticide residues allowed on food, companies like Frutas Montosa are “taking the lead” to ensure that what they sell to consumers is safe to eat. According to a recent article in Chromatography Today, the multiresidue analysis lab is “equipped with state of the art equipment to help the company’s efforts to make sure they can meet all current standards for food safety and also to future proof themselves against increased food safety regulations.”

Frutas Montosa marketing manager Isabel Izquierdo indicated that while the company’s production already meets food safety standards under GlobalGAP, the company “wanted to take a step further to set up our own facility to enable us to carry out independent residue testing to ensure that it complies with the quality standards of every market we supply.”

QuEChERS, which stands for Quick-Easy-Cheap-Effective-Rugged-Safe, is an extraction method that was developed to help determine pesticide residues in agricultural commodities (fruits and vegetables).  Steven Lehotay and Michelangelo Anastassiades at the USDA/ARS-ERRC in Wyndmoor, Pa. first developed the extraction method in 2003. QuEChERS is valued by labs for its simplicity, low cost, low susceptibility to errors, and ability to extract pesticides from various matrices. Additionally, it provides flexibility in the type of determinative analytical technique used. QuEChERS has gained acceptance globally as a reliable sample preparation method for pesticide residue analysis.

Teledyne Tekmar’s  AutoMate-Q40 is specifically designed to automate the most popular QuEChERS sample preparation workflow, AOAC 2007.01 and EN 15662.2008. Currently, the AutoMate-Q40 system is used in numerous labs around the world to determine pesticide levels on plants, as well as measure levels of dyes, and other ingredients in food and liquids. Visit TeledyneTekmar.com to review various application notes about the AutoMate-Q-40 system.