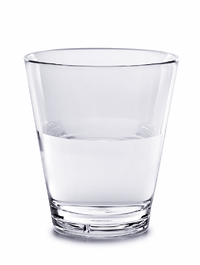 It was way back in 2010 when we released the Application Note:"Evaluating USEPA Method 524.3 Utilizing Newly Permissible Method Modifications to Purge and Trap Techniques" that includes the detection of benzene in drinking water. A recent discovery of high-level benzene concentrations in Chinese drinking water on April 11th, 2014 only makes this information more pertinent.

Tests at a water treatment plant that supplies drinking water to the Chinese city of Lanzhou found benzene levels of 160 micrograms per liter, prompting the city's environmental protection office to issue a warning to residents not to drink the tap water for the next 24 hours. The water is supplied by a joint venture of the Lanzhou government and Veolia Water of France who confirmed that the findings were far in excess of the 10 micrograms per liter national limit.

In response, residents of the city (population 3.6 million) inundated stores and waited in long lines to purchase bottled water and nearly any drinkable beverage to replace the contaminated tap water, including milk and beer.

Analysis of household water found as much as 78 micrograms of benzene by liter. Veolia Water began using activated carbon at 3 a.m. on Friday to absorb the organic matter and dilute the pollution. By mid-afternoon Friday, tests showed that benzene levels at the water plant had fallen to 78 micrograms per liter.

The World Health Organization (WHO) states that benzene is a well-established cause of cancer in humans, and the International Agency for Research on Cancer has classified benzene as carcinogenic to humans. Exposure to benzene has been linked to leukemia and non-Hodgkin's lymphoma, as well as numerous temporary physical health effects.

Veolia China stated that initial investigations traced the benzene to industrial contamination of a two mile culvert that transports water between a sedimentation plant and a water treatment plant. While the actual source of the benzene has not been identified, clues point to several oil pipes that run beneath the decaying culvert and the material used to join the culvert’s seams. Wang Jinsheng, a professor at Beijing Normal University and member of the emergency response team, said benzene, a natural constituent of petroleum, could have entered the water supply from an underground oil leak caused by an explosion at a petroleum plant in 1987. Veolia denied any possibility that the Yellow River that runs through the city, and the original source of the water, was polluted.

By Sunday the water supply was returned to normal, but while the government announced that benzene levels had fallen below national safety standards, the Lanzhou emergency taskforce warned that the “danger was not over yet.” Naturally, residents of Lanzhou were left feeling skeptical of the safety of drinking the city’s tap water.

This is the second water contamination incident to occur in the heavily industrialized city of Lanzhou in the last two months. In March 2014 a high concentration of ammonia caused a strange odor in the tap water, but was found to be within the limits of the national standard.

Information in this blog was derived from the following sources. Information maybe be edited in content and length. For further information, please refer to the source document and/or website.