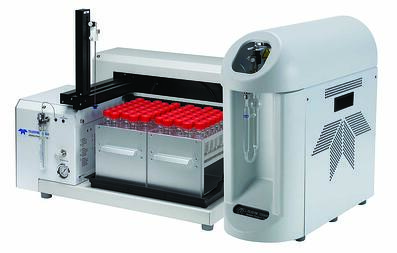 On Thursday, January 9 authorities first detected MCHM contamination at West Virginia’s Freedom Industries who use the chemical compound to refine coal for power plants.  The MCHM leaked from a hole in a storage tank, filled a leak containment system and then began to flow into West Virginia’s Elk River.  A “Do Not Use” order was issued in the vicinity, and up to 300,000 customers were left without water.  Water customers were advised by the West Virginia American Water (WVAW) Company that “it is not safe to use the water for any purpose.”

Since then, the MCHM has slowly progressed from the Elk River, into the Kanawha River and onward, traveling at a steady 3 mph toward seven water intake valves that supply public drinking water along the Ohio River. In Cincinnati, the intake valves were closed, and the city was functioning from its reserve water supply. Although diluted by river water, the chemical’s presence was still identified at the Richard Miller Water Treatment Plant where Ohio River water samples arrive in a cooler every hour. The samples are then loaded into a Teledyne Tekmar AQUATek 70 Vial Autosampler and the VOCs purged using a Teledyne Tekmar Stratum Purge and Trap Concentrator (Note: The AQUATek 70 has been replaced with the AQUATek 100, affording 30 extra vial locations and numerous technological improvements.)

4-methylcyclohexane methanol is not lethally toxic, but is considered harmful if swallowed or inhaled.  It can also cause eye and skin irritation. The CDC states, “At this time, scientists continue to recommend 1 ppm as a protective level to prevent adverse health effects. However, due to limited availability of data, and out of an abundance of caution, you may wish to consider an alternative drinking water source for pregnant women until the chemical is at non-detectable levels in the water distribution system.” We take particular satisfaction in knowing that Teledyne Tekmar’s Stratum Purge and Trap Concentrator can easily purge to the parts per billion (ppb) range. And the public who relies on safe drinking water would be pleased to know that as well.