The Basics: QuEChERS Step by Step 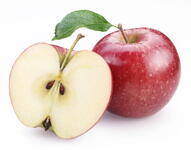 With the release of Teledyne Tekmar’s AutoMate-Q40, I thought it was the perfect time to explain the QuEChERS Method that the instrument is based on. Below is a basic, but thorough, overview of what QuEChERS is and how it is performed manually step by step.

QuEChERS is a Quick-Easy-Cheap-Effective-Rugged-Safe extraction method that has been developed for the determination of pesticide residues in agricultural commodities (fruits and vegetables).  This extraction method was first developed by
S. Lehotay and M. Anastassiades at the USDA/ARS-ERRC in Wyndmoor/Pennsylvania.

Since the establishment of QuEChERS in 2003, the method has been continually refined, increasing the amount of known pesticides and applications for which the extraction can be used. The European Standard Method EN 15662.2008 and the AOAC 2007.01 methods were derived, in part, from refinements to the original unbuffered method.

QuEChERS is valued for its simplicity, low cost, low susceptibility to error, and ability to extract pesticides from various matrices. Additionally, it affords flexibility in the type of determinative analytical technique used. QuEChERS has gained acceptance globally as a reliable sample preparation method for pesticide residue analysis.

Below are detailed procedures for each step of the QuEChERS Method.


The three accredited methods differ slightly on the amounts of salts and the type of buffering agents used. Typically the amount of Magnesium Sulphate that is added will exceed the saturation point, while the Sodium Chloride controls the polarity of the extraction solvent.

Note: Some pesticides, such as those that are strongly protonated at low pH, require control of the pH and thus will need to be buffered to pH 2-7 prior to extraction.

NOTE:  This step allows for the removal of matrix compounds (fats, proteins, chlorophyll, etc.) prior to analysis.

Automation of the QuEChERS Process