Fact or Fiction:Organic Foods are Safer For You 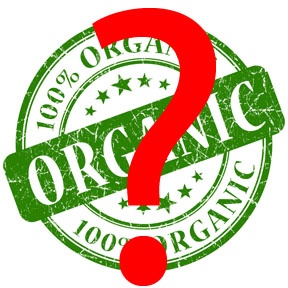 A search across the Internet, and it’s clear that the answer to whether the statement, “Organic foods are safer for you,” is fact and fiction depends on whom you ask.  Nearly 95% of people surveyed by the Soil Foundation said the top reason they buy organic food is to avoid pesticides, but unfortunately, organic farmers still use pesticides and fungicides to protect their crops.

The University of Arizona answered the question, “Are organic foods safer for you?” with the following statement:

“With regards to pesticides, the evidence is pretty conclusive. Your chances of getting pesticide residues are much less with organic food. Even so the amount of man- made pesticides residues found on conventional foods is still well below the level that has been deemed safe.

“The Environmental Protection Agency (EPA) as well as the Food and Drug Administration (FDA) regulate and monitor pesticides use and residues in conventional foods. The real issue for many people who consume organic foods is whether these small doses, over years and decades, might add up to an increased health risk down the line.

“Organic foods also have strict rules - concerning the amount of natural contaminants allowed for safe consumption. It has also been found that these foods only contain small levels of these contaminants.

“Whether you choose organic or conventional foods, experts agree that the best way to safeguard yourself is to thoroughly rinse all fruits and vegetables under running water. You should even wash items with inedible skins, like melons, because cutting the rinds with a knife can bring contaminants to the inside.”[i]

Bloggers at Scientific American stated that what makes organic farming different is really the origin of the pesticides, not the use of pesticides.

“Organic pesticides are those that are derived from natural sources and processed lightly if at all before use. This is different than the current pesticides used by conventional agriculture, which are generally synthetic.”[ii]

The same blogger suggested that science “cannot find any evidence that organic foods are in any way healthier than no-organic ones, and scientists have been comparing the two for 50 years.”[iii]

Interestingly, new research from Sweden’s Coop and the Swedish Environmental Research Institute put organic eating to the test. The scientists found a family of five, analyzed urine samples for 12 known pesticides and metabolites and then subsequently replaced all the conventional food in their home with organic foods. The family ate a fully organic diet for a two-week period. The results of the study are in this video https://www.youtube.com/embed/oB6fUqmyKC8

So, is organic food safer for you?

Testing for pesticide residues in agricultural commodities can be completed using the QuEChERS is a Quick-Easy-Cheap-Effective-Rugged-Safe extraction method. While the original unbuffered method was developed for plant matrices, since 2003, two additional buffered methods were created and adapted to many additional matrices such as fruit. The rise in popularity of the QuEChERS technique and the increase in sample testing have driven the need for automation for this extraction technique. Teledyne Tekmar’s AutoMate-Q40 streamlines the two part QuEChERS method from the extraction to the cleanup step.  The AutoMate-Q40 is used to prepare samples in order to identify the pesticides within that sample.