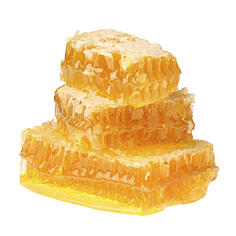 There are a number of reasons given for this “horrifying collapse,” including mite infections and the loss of genetic diversity. Another major cause is pesticides, particularly neonicotinoid pesticides. Neonicotinoids are a relatively new class of insecticides that affect the central nervous system of insects, resulting in paralysis and death. These pesticides were described in the book, “Insect Nicotinic Acetylcholine Receptors (2010),”

“In the light of growing evidence that pollinators are exposed to pollen and nectar‑containing residues in field conditions, the contribution of neonicotinoid insecticides to the decline of pollinators warrants additional investigations.”[ii]

This type of pesticide was approved for limited use in the United States in 1994, but it was not used extensively until the late 2000s. Environmentalists point to the fact that it was during this time that beekeepers began to experience severe colony loss, upwards of 30-90%.  Labeled Colony Collapse Disorder (CCD), the significant decline bee colonies motivated U.S. Congress to hold hearings and allocate funding to the U.S. Department of Agriculture to find the cause of CCD. While the USDA testified about the risk of pesticides to bees, an official cause was not determined.

Meanwhile, Canadian beekeepers have sued a large pesticide maker for more than $400 million, the European Commission has restricted the use of some of these pesticides and scientists at the International Union for Conservation of Nature suggest “that neonics are accumulating in soils and polluting waterways and natural vegetation across the world, leading to widespread impacts on wildlife.”[iii]

With the uncertainty surrounding these pesticides, it’s important that we are able to determine levels of pesticide residue in consumables such as honey for a number of reasons. For example, if they are toxic to bees or other pollinators at certain doses, perhaps that concern should be extended to consumers. Teledyne Tekmar’s QuEChERS (Quick-Easy-Cheap-Effective-Rugged-Safe) sample extraction method was developed for the determination of pesticide residues in agricultural commodities. While originally developed for plant matrices, the technique has since been adapted for many additional matrices such as honey, as well as several other applications. Recently, Tekmar conducted a performance and versatility evaluation study using its new AutoMate-Q40 for the extraction of neonicotinoids and other pesticides from honey.

Honey from a local market in Ohio was used and prepared according the procedure described in the “AOAC Official Method 2007.01 Pesticide Residues in Foods by Acetonitrile Extraction and Partitioning with Magnesium Sulfate.”

The evaluation proved that the AutoMate-Q40 could successfully process honey samples for pesticide residue using the QuEChERS extraction method. For complete results of the study, including the pesticide levels, download our Application Note: Determination of Pesticide Residues in Honey, by an Automated QuEChERS Solution

For information about the plight of the honey bee, visit the following resources: