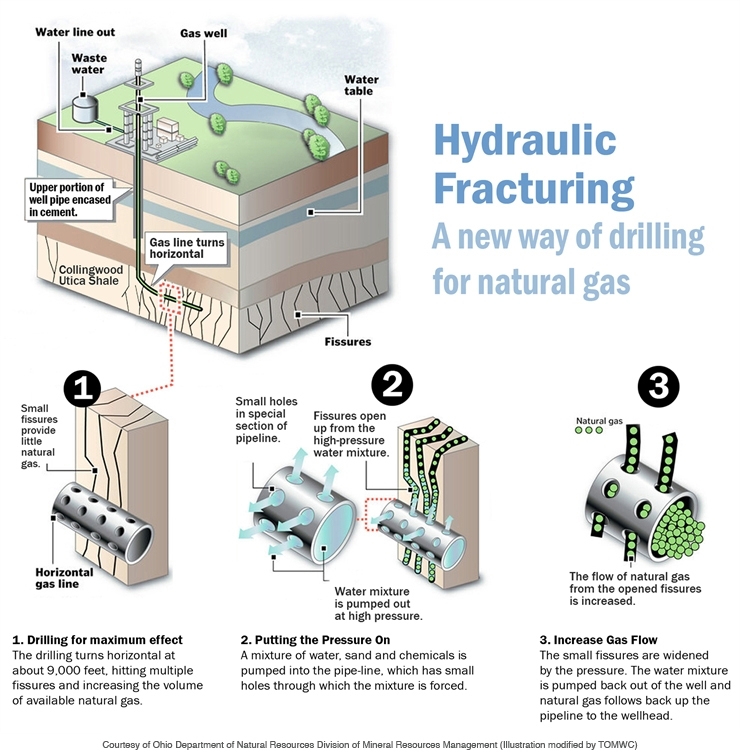 Gas companies in Pennsylvania have “presumed responsibility” and must prove there are no issues with groundwater quality. Although this seems sort of opposite to what we think of in the normal judicial process, it has lead the way for more extensive baseline testing and continued monitoring of the water quality of areas affected by the drilling process. This baseline testing includes analyses for things like metals, pH, conductivity, and organics. One of the major areas of concern - before, during and after drilling occurs - is the methane concentration in the surrounding drinking water.

So why is this important? These two sources both produce methane, but isotopically, they are very different. Biogenic methane is “lighter” as opposed to thermogenic methane, which contains heavier carbon isotopes. Using an isotope-ration mass spectrometer (IRMS), these differences are easily detected. This makes determining which type of methane is present and identifying the source of the contamination possible. These instruments are pretty rare and can be costly, so samples are usually screened by GC-FID to determine a high concentration (>20ppm) of methane is present before performing the additional analysis. Since hydraulic fracturing occurs deep underground, the methane associated with this process will be thermogenic, and “heavier” than any surface contamination that may be in drinking water sources.

Our purge and trap method for dissolved gas testing is being used to rapidly screen samples prior to running IRMS, as these systems are not automated and have some sample preparation associated with them. The P&T method is considerably faster than any of the normal headspace methods, since there is no equilibration time. This allows methane screening to be done in a matter of minutes given the right GC conditions, and saves the time associated with the sample prep of running every sample by IRMS.